If you have tried to use BusinessObjects XI 3.1 or BI 4.0 with Internet Explorer 10 than you already know that there are issues, especially with Web Intelligence. The problems range from being unsupported to being completely unusable. The most common complaint is that a user running IE 10 cannot view, edit, or create any reports. The good news is that SAP BusinessObjects has recently released service packs for both the XI 3.1 (Feb 14, 2013) and BI 4.0 (Apr 30, 2013) code bases which correct the issues and bring official support for Windows 8 and Internet Explorer 10. 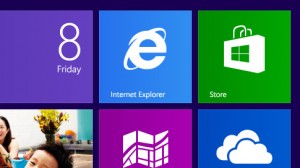 Strangely coincidental the Service Pack for XI 3.1 bringing Win8 and IE10 compatibility is numbered “6”, while the Support Pack for BI 4.0 of the same compatibility is also numbered “6”. It should be noted that the standard mouse and keyboard interface for Windows 8 are supported; however, “touch screen interactions” are not officially supported nor have they been officially tested. Windows Server 2012 is newly supported with BO XI 3.1 SP6; however, it remains unsupported with BI 4.0 SP6. It should be noted that IE10 is supported on both Windows 7 and Windows 8 PCs.

SAP BusinessObjects has released Fix Pack 6.1 for XI 3.1 SP6 was released on May 2, 2013 and presumably corrects the most obvious flaws in SP6; however, I haven’t yet had the time to review its release notes. I feel I should state that in regards to most BusinessObjects service pack upgrades I prefer to wait until at least one Fix Pack (XI 3.1) or Patch (BI 4.X) is released before I upgrade.

Whether you call it the PAR, the PAM, or the Supported Platforms document you should become intimately familiar with this document when planning a move to a new Service Pack or Support Package. These will tell you what databases are supported for CMS and for data sources. They will also tell you if your web application server of choice is still supported (for example, you would notice that WebLogic 10.0 is no longer supported with XI 3.1 SP6). For your convenience I am providing links to the SAP Supported Platforms Document below. Please do your upgrade project a huge favor and study this document, doing so may save you much time and effort in the future: